The CASA programme strives to mainstream four cross-cutting areas – gender, nutrition, climate change and animal welfare – in all its interventions.

Mainstreaming a cross-cutting issue  is very important, because without doing so, well-meaning development interventions can be detrimental to certain outcomes – which can in turn erode any positive impacts and even further negatively affect the livelihoods of those that the intervention was meant to benefit. This can happen in different ways.

For example, ‘‘women disappear as the money appears’’ says Mtendere Ngoma, Malawi Country Manager, speaking about poultry enterprises in Malawi. But this is also the case in other value chains – as enterprises become increasingly commercialised (and profitable), – women are pushed out of it by male members of their households. Various studies from across east and southern Africa indicate that the commercialisation of traditionally female agricultural enterprises in value chains, such as beans or small livestock, results in men taking over and controlling the income. This eventually negatively impacts nutrition as women traditionally plough back their income into household consumption while men generally do not.

Another example is when trees are cut down to open new farming land or when there is greater use of chemical fertilisers as part of the commercialisation process. Wanton cutting down of trees can lead to deforestation, which contributes to an increase in greenhouse gases in the Earth’s atmosphere. Increased use of chemical fertilisers also contributes to the release of greenhouse gases into the atmosphere. Both contribute to climate change.

To support country intervention teams with mainstreaming, four global experts – one for each of the cross-cutting areas – provide remote support to the country teams. This support is combined with periodic country visits as well as the provision of a tool box for cross-cutting analysis. For example, in Nepal, the country team has been using the Women’s Empowerment in Agriculture Index (WEAI) to understand and mainstream gender in all their interventions. To underpin all this, the programme is developing specific cross-cutting indicators to feed into the programme’s log frame. The programme is also exploring the identification of local cross-cutting experts who would link with the global experts and engage with the country teams throughout the intervention to provide real time support as needed. 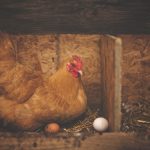 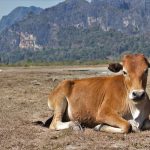 Next Story:
Meat, Milk and More: How Africa’s livestock production can be commercialized to meet growing demand