“The Ugandan government is determined to carry out a nationwide farmer’s census as a deliberate strategy to help them shift from the current colonial subsistence methodology to modern commercial farming in a bid to increase food production and productivity.”

These remarks were made by the Ministry of Agriculture, Animal Industry and Fisheries Commissioner for Agricultural Investment Dues Muhwezi on behalf of Minister Vincent Sempijja, at the launch of the CASA programme in Uganda held at the Serena Hotel in Kampala on 18 March 2020.

The launch brought together stakeholders in the beans and sesame subsectors, including SMEs, farmer organizations and traders, financial institutions and impact/angel investors, researchers, policy makers, private sector, public sector, implementing partners, NGOs as well as the programme’s funder, the UK Department for International Development (DFID), to help shape some of the planned CASA interventions and also harness collaborations.

The CASA programme is geared towards increasing global investment among agribusiness working with small holder farmers and promoting equitable commercial benefits for the smallholder farmers. It also looks at offering funding and training skills that shall help uplift the livelihoods of subsistence farmers to graduate into modern and commercial farming systems as a vehicle of increasing their household incomes.

In his speech, the Commissioner noted that government had finalized plans of registering all categories of farmers across the country after successfully recruiting over 3,541 extension workers who are expected to do the physical counting of these farmers within their parish level jurisdiction. He welcomed the CASA programme into Uganda, saying its target mission was in line with the NDP3 on agriculture which calls for shifting agriculture from current subsistence to modern commercial farming systems.

The CASA country manager for Uganda, Hans Muzoora, said the £30 million global programme will be implemented in three countries and will see at least £4 million of additional investment mobilised into six agricultural value chains segments across the board. The value chains are vegetables and dairy in Nepal, poultry and aquaculture in Malawi, and beans and sesame in Uganda. Muzoora noted that their project components target value chain support by way of mapping value chains and identifying investment and support needs to improve smallholder groups, cooperatives, and business groups advancing for reforms. He reported that the aim of the public launch was to seek collaboration and synergies across public and private sector initiatives so as to ensure Uganda meets the SDG Goals.

NIRAS Africa Director Irene Karani thanked DFID for entrusting the NIRAS-led consortium with the implementation of this project, which is unique in Uganda and also in the other countries of Malawi and Nepal. She also noted that NIRAS is committed in ensuring that the project elicits impactful learning for the Uganda Government, DFID, NIRAS and other stakeholders, and that the lessons are incorporated in other similar programmes wherever NIRAS works around the globe.

Participants emphasized the need for accurate and timely data to ensure targeted interventions in the agricultural sector. The ministry officials present promised to collaborate with the CASA programme to ensure the goals set in the  third National Development Plan-NDP are met. 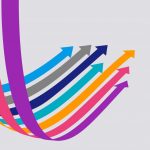 Previous Story:
How The Full Spectrum of Capital Can Enable Inclusive Growth in Agriculture 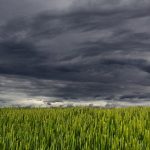 Next Story:
Growth in The Time of COVID