A Stronger, Greener and Fairer Recovery: The Investment Response Takeaways

The panel discussed the impact of concessional finance in agri-businesses and challenged some of the more persistent narratives around investment, agri-finance and global development, with a view to building more effective support for agri-businesses after the pandemic. The vibrant discussion featured two recent CASA reports.

The development impact of concessional finance to agribusiness: a rapid evidence reviewDownload
Bridging demand and supply of private investment capital for small and medium agribusinesses Download

Here are the four main takeaways from points made by the panellists: (This is not a summary of the research).

Sign-up for the CASA Breakthrough Webinar Series to hear from the authors of more evidence reports commissioned by CASA and its partners in future. 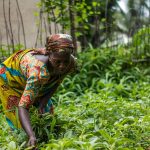 Previous Story:
What is the evidence for the development impact of concessional finance to agri-business? 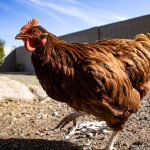